The History of Broadbeach

Do you know the history of Broadbeach? In 1934 the Department of Lands released 280 acres of vacant crown lands to build a new township along Southport Burleigh Road to be known as Broadbeach.

In 1938, tenders were called for the erection of a Surf Club, dressing room, and amenities blocks at Broadbeach.

In November 1960, Broadbeach State School opened on over seven acres of land facing the beach.

Art has always been part of Broadbeach 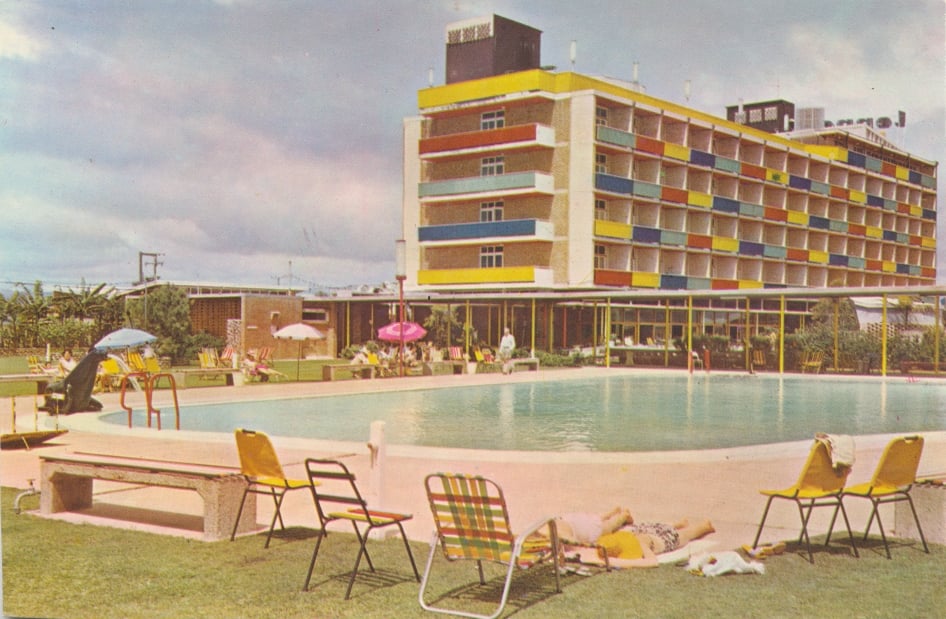 In 1957 Lennon’s Broadbeach Hotel was completed. The hotel was the home to Len Shillam's famous Seal Sculpture (left side of the pool in the above image).

After the hotel was demolished, the sculpture was relocated to the Sakura Japanese Gardens restaurant and disappeared after the restaurant closed.

In 1977, it was discovered in the canal and recovered thanks to Conrad Jupiters Casino and Bond University, and was donated to the National Trust of Australia.

After restoration, it moved temporarily to Broadbeach State School, and has now found a permanent home at the entrance of the Gold Coast Convention and Exhibition Centre.

Oasis in the desert

Conrad Jupiters Hotel and Casino was completed in 1989 on the site of the old Broadbeach Island Caravan Park.

The new millennium has seen Broadbeach transform into the heart of the Gold Coast's social and commercial life, thanks to several significant developments.

In 2004, the Gold Coast Convention and Exhibition Centre opened on the former site of the Broadbeach Seniors Centre.

Between 2014 and 2016 Pacific Fair Shopping Centre underwent a major renovation, welcoming several luxury and premium brands, while in 2018 The Star created major innovation by adding The Darling hotel to its existing casino and hotel.

Raptis is one of the Gold Coast’s most experienced and progressive developers. For more than forty years, they have developed and constructed some of the most iconic landmarks along the Coast and have substantially shaped the city’s distinctive skyline. The Raptis name is synonymous with quality and stylish living and is acknowledged for introducing new trends. Many developments have received industry recognition at both a local and national level. Importantly, the Raptis legacy is founded on family values and while father and son, Jim and Evan, spearhead the company’s growth, the overall success of the company is attributable to a dedicated team of professionals. This entire team has decades of experience in development, design, construction, sales and property management.

The debate over apartment versus house living is a long-standing one, with more and more people...